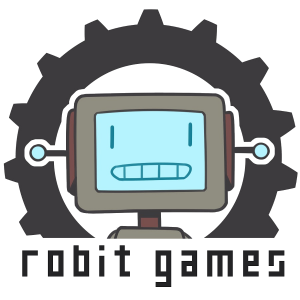 In 2008 Stephen Orlando was two years into an MBA degree. Having put aside his childhood fantasy of making games, he was working towards a "stable" career in marketing/sustainable management, and struggling to find a creative outlet. But he found inspiration in freeware games by a new generation of solo indie developers, including Cave Story, Knytt Stories and Alex Adventure.

Stephen Orlando began Robit Games with a desire to create a fully-realized, playful digital world filled with mysterious creatures and hidden treasures, hearkening back to the games of his youth. Shortly after beginning work on the game, he met Robert Ellis, a professional musician, who composed a full-length original soundtrack and recorded game audio. After working part-time for three years, they launched their debut title, Treasure Adventure Game (2011) an epic metroidvania platformer. Released as freeware, the game garnered positive press and many fans.

At the time they didn't realize that their journey was just beginning. With new art director Christine Crossley and publisher Chucklefish they started working full-time to develop their commercial follow-up: Treasure Adventure World.[2]